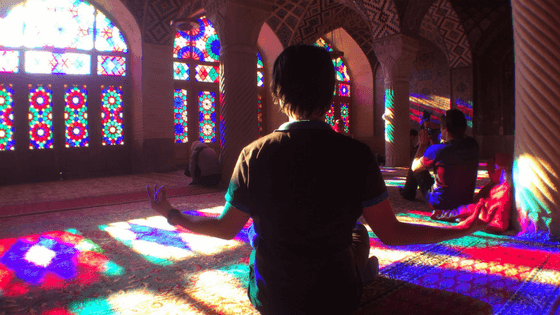 7 Reasons Why You Should Visit Iran

If you think that Iranian passport stamp is for hardcore travellers – think again!

Thanks to the depiction of the media, people regard Iran as an unsafe place to visit.

In fact, there is a misconception that Iran is a wartorn nation, rather than a hidden gem in the west of Asia.

To be honest, a few days before going to Iran, there were still slight hesitations in my mind deterring me from visiting Iran.

My friends and family fired countless questions at me before my departure.

“Oh c’mon Aaron, isn’t there any other places that you could travel to?

“You’re not a journalist, are you?”

“Are you coming back?”

While I was unsure to undertake my travels to Iran with my mother, I have gathered unique traits of this charming nation upon our returns. This is what I have discovered…

Here are the 7 reasons why you should visit Iran.

1. Iran is a safe haven in a region of turmoil

Although bordering with Afghanistan, Turkey, Pakistan and Iraq, it is surprisingly safe to visit Iran.

Bolstered by a stable production of oil and gas, Iran has the wealth to shut most of the potential gatecrashers out.

It is the second wealthiest country in the Middle East after Saudi Arabia.

In Iran, conflicts are rare. Although dissatisfaction towards the Iranian government is widespread (just like most countries), everyone lives together happily.

Contrary to popular belief, there were no bombs planted, missiles flying around and nuclear weapons seen anywhere. Oh and just to reassure you, there were no Iranians walking around with AK-47s.

This is one of the top reasons why people visit Iran.

With its untrammelled wilderness stretched across the vast nation, Iran is an exciting destination for all the connoisseurs of the great outdoors.

Iran is not a big desert with rugged, barren land everywhere.

It is a massive country brimming with different kinds of landscapes. You could be skiing in Tochal today and visiting the sand dunes tomorrow.

Haven’t tried sand boarding? Varzaneh might be a good place to do it. Heard nature’s calling to hike? Check out one of the many hiking trails in Mazandaran. Too hardcore? Rock up to the beaches where you can enjoy some skin-tanning sessions.

These places are generally uncrowded. Screw Trevi fountain in Rome, visit Iran and take that obligatory selfie or that perfect timelapse without a single person in sight.

3. The people are incredibly friendly

Mysteriously veiled, the world seems to have a list of preconceptions about Iranians.

However, these unwarranted fears and judgement will fade away as soon as you visit Iran.

This country promises to be heavy on bonhomie because of the inhabitants that I dare to claim as the friendliest people I have ever met by far.

I’m not saying that people from other cultures aren’t friendly, but my encounters with Iranians have always been fantastic.

From the guy who offered us a free tour of the Grand Bazaar, to the man who closed up his shop for a while just to bring us to the places we wanted to go, there’s not a single day without an act of kindness when we were visiting Iran.

We were always invited for tea, lunch and even dinner. There’s always someone who’s willing to be our translator whenever we have no idea what’s going on.

We were always, always greeted by friendly faces and the heartwarming “Welcome to my country” greetings.

Oh my goodness, I can go on and on about this.

Indulging yourself in Iranian gastronomy is truly an unmissable experience when you visit Iran.

Iran is a massive country. Its cuisine differs region by region. What does this mean? The diversity of food in Iran is flooring.

Nothing can go wrong with a piece of freshly oven-baked bread for breakfast. Besides, Iranians pay utmost respects to their rice too!

A woman in the bazaar told me that cooking Iranian rice is an art. In Iran, rice is the main dish and everything that comes with it is a garnish.

PS: If you go, you must try Ghormeh Sabzi (meat with herb stew) and Fesenjan (meat stewed with saffron-infused pomegranate sauce)!

5. The Persian history is fascinating

If you haven’t known this already, Iran was also known as the Persian Empire.

This great empire dates back to 550 BC. However, people had been living in Persia (modern Syria, Turkey, Iraq and Iran) way back then.

The Persian Empire was so powerful that at one point in time, it conquered half of the world.

Loaded with wealth and offerings from other nations, the Persian Empire aimed to be the most magnificent country in the world.

King after king passed on the will to decorate this rugged land with dazzling palaces, bathhouses, religious dwellings, political buildings, traditional marketplaces and exquisite villages.

With such grandiosity, the Iranian architecture will never fail any architecture enthusiast who’s visiting Iran.

You can most definitely see the history of this ancient nation in one of the many museums that Iran has to offer.

But what’s more exciting is you can experience the breadth of the Persian history by visiting the ancient cities and villages. Be curious and anticipate the countless stories that Persia is burning to tell.

Tips: Hire a tour guide before going to a historical site, if not you might just walk away not knowing anything that happened there.

Well, you might say that some stories are made up but at least a big part of it is true. I see this as a form of entertainment and you are not going to regret it. Furthermore, hiring a tour guide is not expensive.

In general, the Middle-Eastern culture has always been fascinating to me.

Just like most people, I don’t know what Iranian culture was. And I have no idea about what to expect before visiting Iran.

Everything is different in Iran. Enthralling but not peculiar, culture shocks happen every day or even every hour.

I learnt something new every day throughout my stay in Iran. For example, I didn’t know that they never celebrate New Year like us. Their New Year is on the 21st of March every year, which is when spring kisses the Iranian soil.

Welcome the culture shocks, and welcome the opportunities to learn more about their beautiful culture.

7. Travelling in Iran is inexpensive

Just a few years ago, Iran opened its door to international travellers. So what does this mean?

It means that almost everything is not overpriced (except the hotels) because the number of travellers in the country is minimal! Even the most touristy places in Iran weren’t that crowded.

Travelling in Iran is so inexpensive. Generally, we spent less than 35 AUD per person per day. That’s like a dinner with wine included (or not) in Melbourne CBD!

The 35 AUD per day includes food, accommodation, transport, attractions and so on. It’s not like we cooked our own food or take the public transport all the time.

We had delectable food at restaurants, took taxis because we didn’t want to lose so much time catching the train, hired tour guides once in a while if the place we were going to were not English-friendly. Basically, we splurged.

But even splurging in Iran doesn’t cost you that much. A great 2-course Iranian meal with juice costs around 10 AUD. And I was told that’s considered really expensive already in Iran. Taxi? 5 AUD for a 25-minute ride. If you are really low on budget, you can catch the bus that’s 30 cents AUD.

In all, travelling in Iran is inexpensive.

I am not saying that Iran is unsafe.

However, you should always get a travel insurance. I always go for World Nomads. You can buy anytime before your trip commence – even a day before, no question asked!

Get insured with World Nomads today!

Planning to go to Iran soon?

Check out my complete Iran itinerary!

Read more about travel costs and budget breakdown for my trip to Iran! 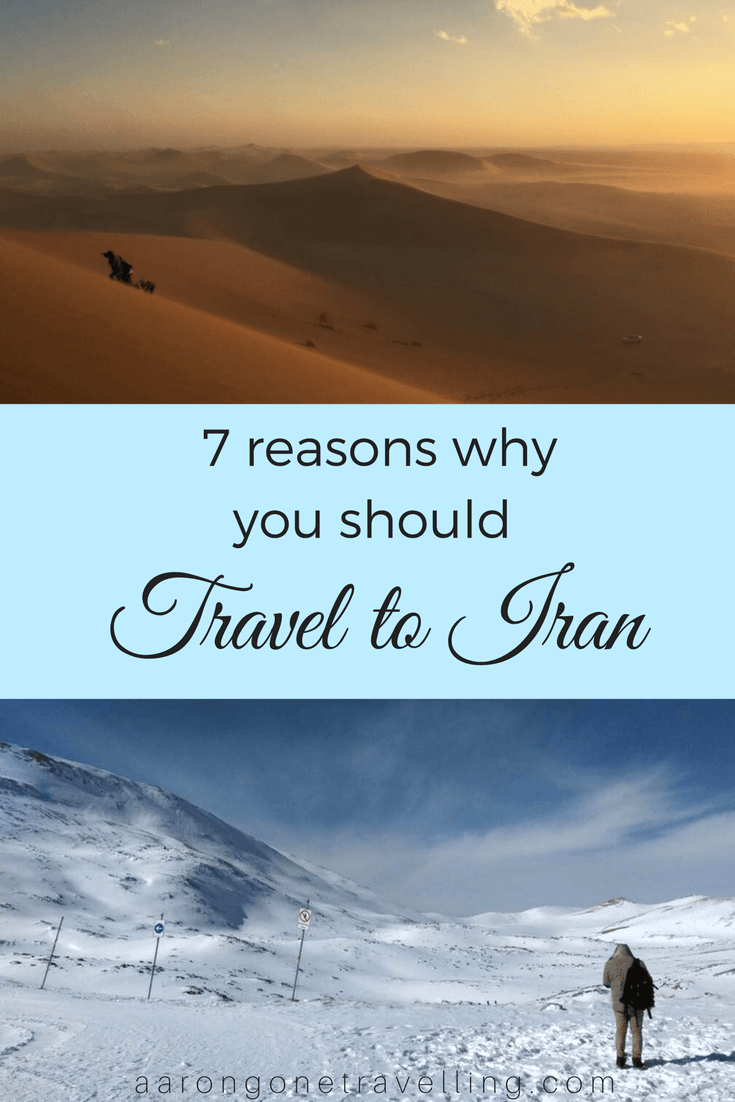 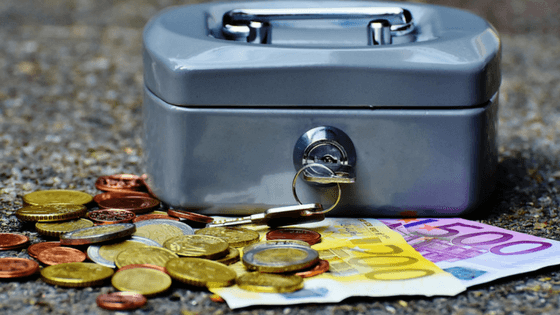 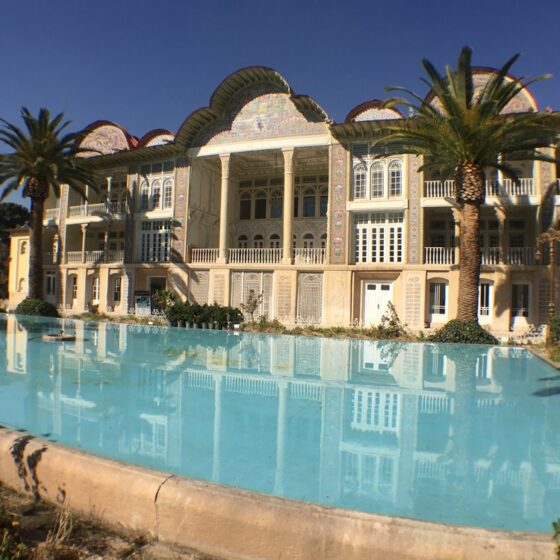 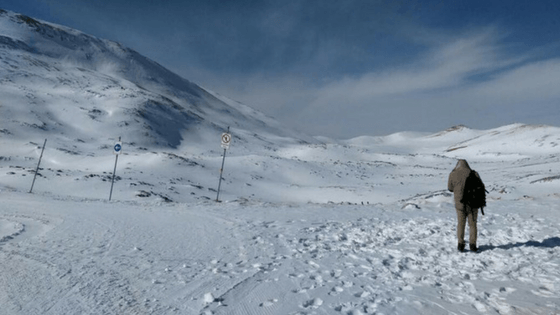 How to go to Tochal from Tehran City Centre 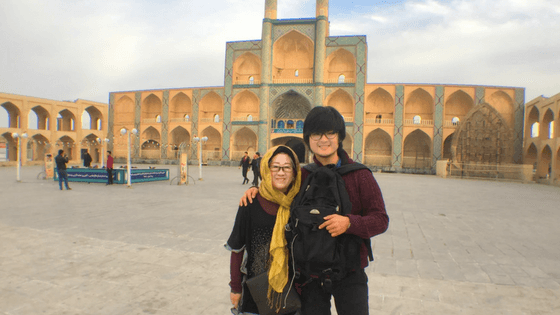 Why did I travel to Iran with Mum